The IAD dataset starts later than that for DCA and BWI, and starts from April 1, 1960. As with the DCA and BWI data, there appear to be a few days with missing data, as for some years there is only data for 364 days. The actual number of days per year of data was taken into account when computing means. Also, large amounts of data are not available for various dates 1960 through 1963, and of course there is no data for the remainder of 2018. So the plots are from 1964 through 2017.

The first graph is the average daily precipitation. This is total amount of rain per year divided by the number of days in the year. This graph shows a slight increase, from 0.110 to 0.115 inches per day: 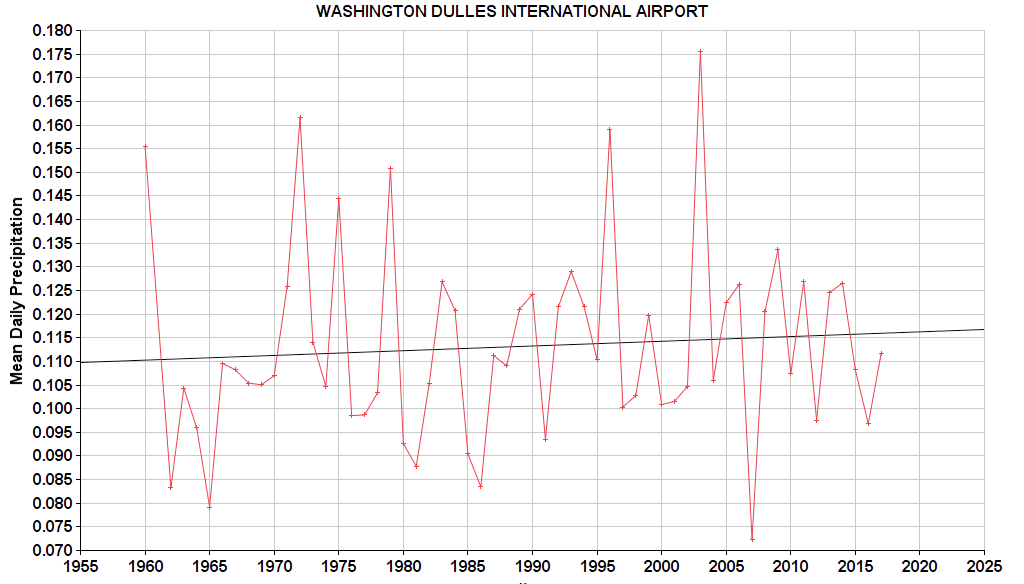 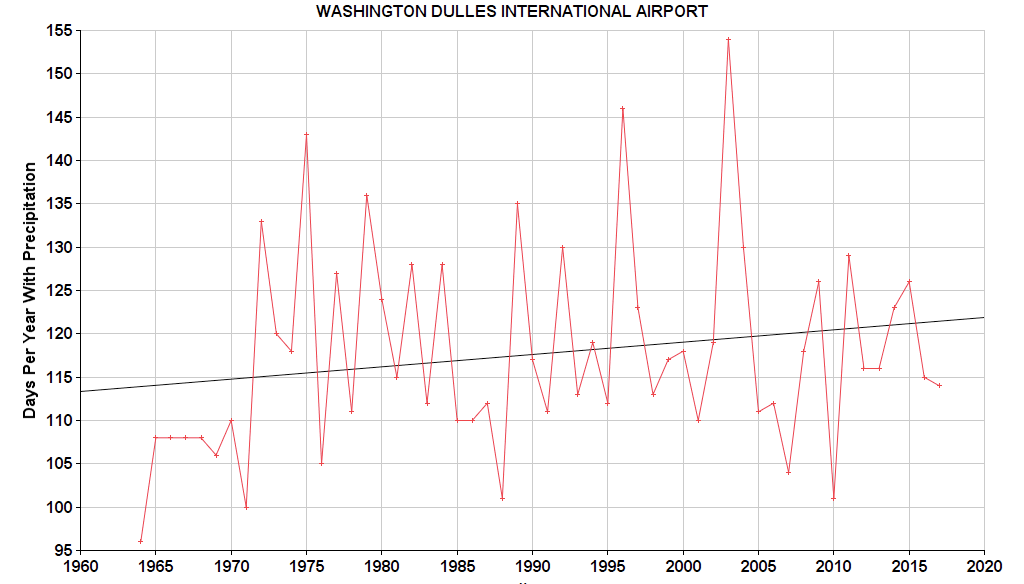 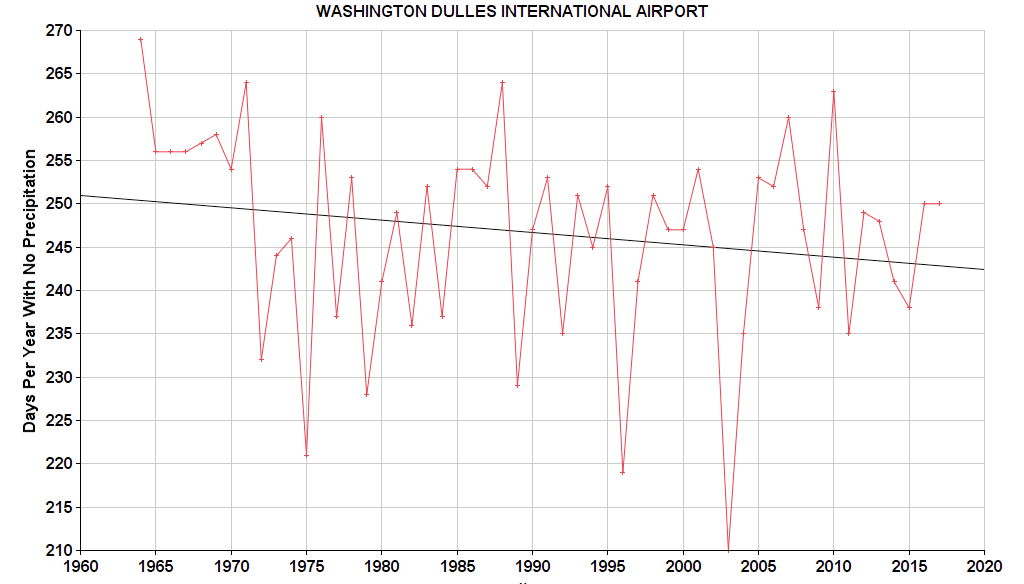 This leads to the next graph, the average rainfall on days when it actually rained. There is no apparent change at all – this graph is flat. So while it rains about 6 more days a year at IAD, the amount of rain, on days when it does rain, is the same. Actually if you squint, it looks like it might be very so slightly decreasing, but it is subtle. And probably going to be different once you add in another year’s worth of data. 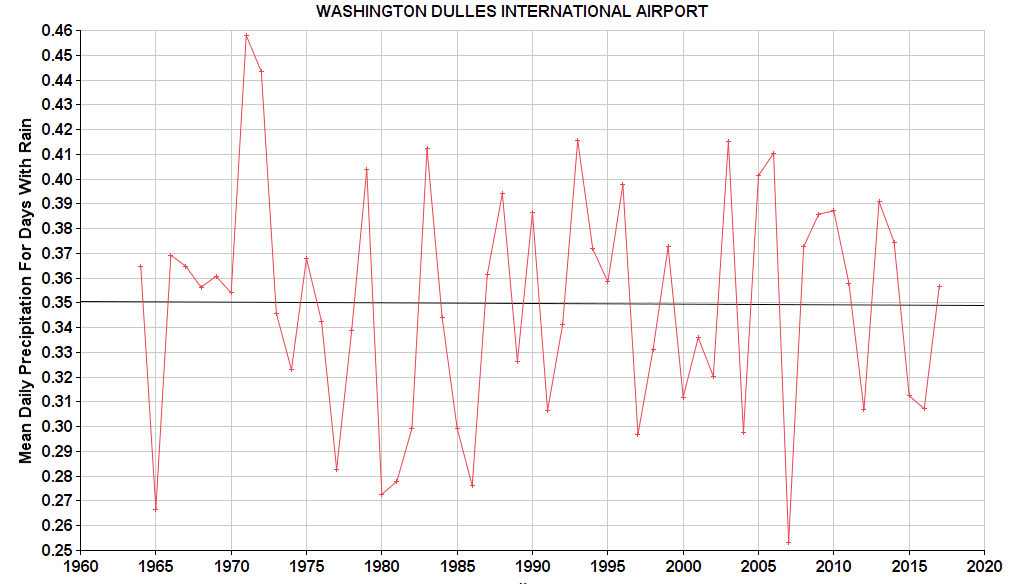 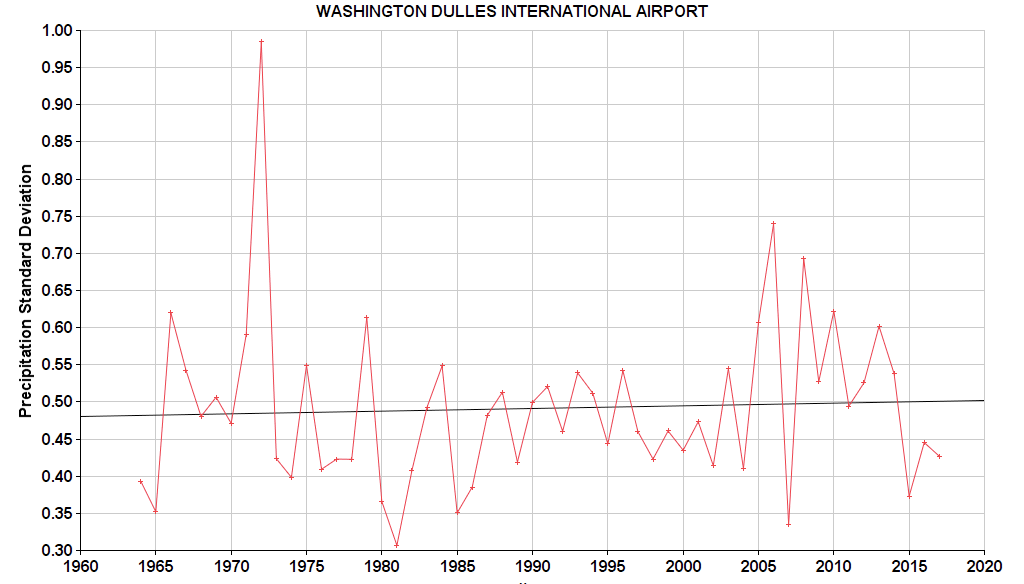 Finally, we can look at the number of days that rained and had rainfall over two standard deviations (using the standard deviation for that year), treating this as significant or extreme rainfall events. The trend of this is completely flat: 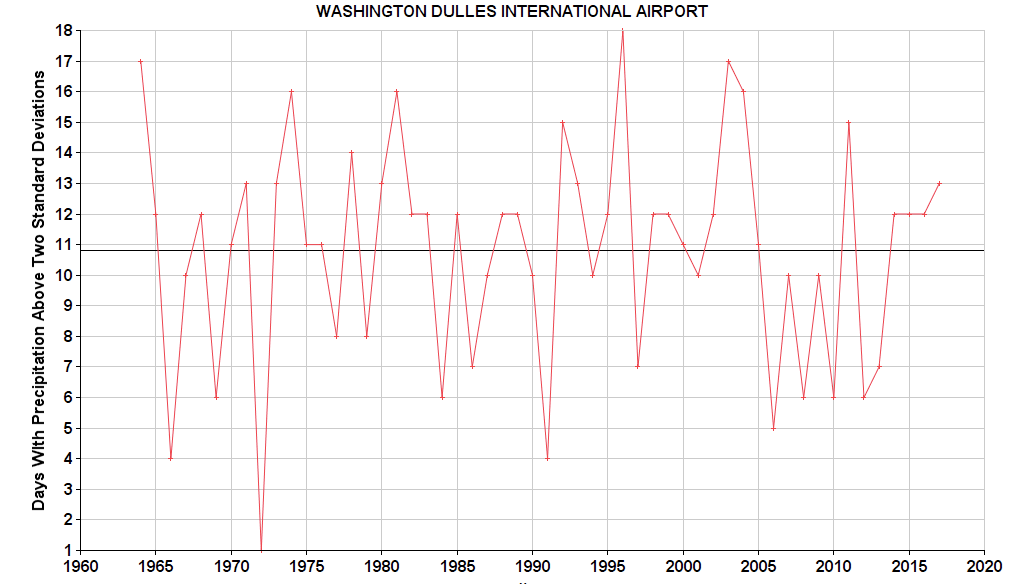 To summarize the analysis of rainfall events at DCA, BWI, and IAD: