Previously I wrote about the Variation In Precipitation At Washington Reagan National Airport (DCA) 1945-2018 to see if there was a significant change over the years due to Climate Change, and now it’s time to look at BWI Airport.

The BWI dataset starts earlier than tat for DCA, and runs from July 1, 1937 to July 18, 2018. As with the DCA data, there appear to be a few days with missing data, as for some years there is only data for 364 days. The actual number of days per year of data was taken into account when computing means. Also, some data is not plotted for 1945 or 2018, namely the number of days with/without rain for those years, as a full year of data is not available.

The first graph is the average daily precipitation. This is total amount of rain per year divided by the number of days. It shows an increase from roughly 0.108 to 0.121 inches per day from 1939 to 2018. That’s an increase of about 12%. 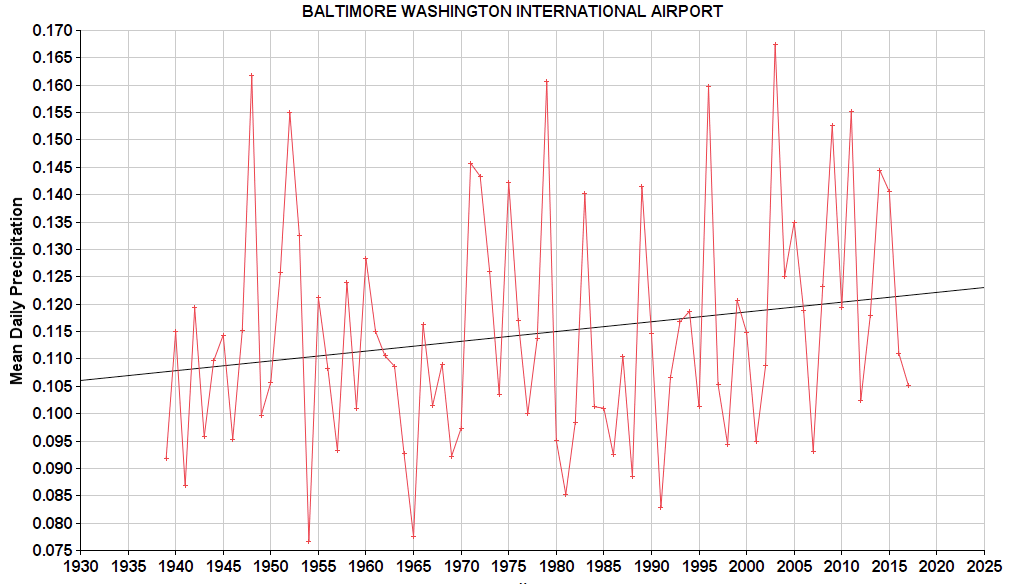 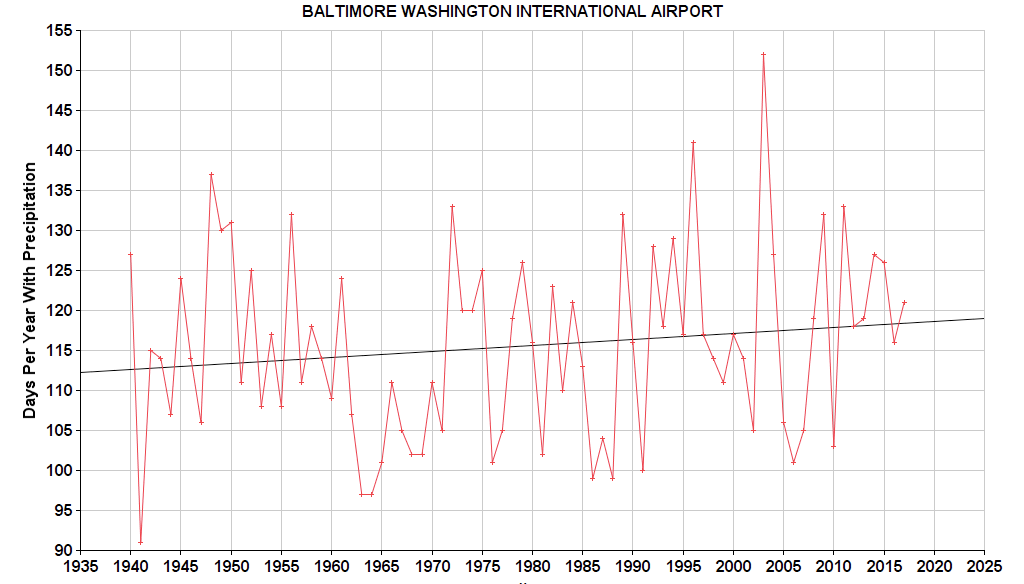 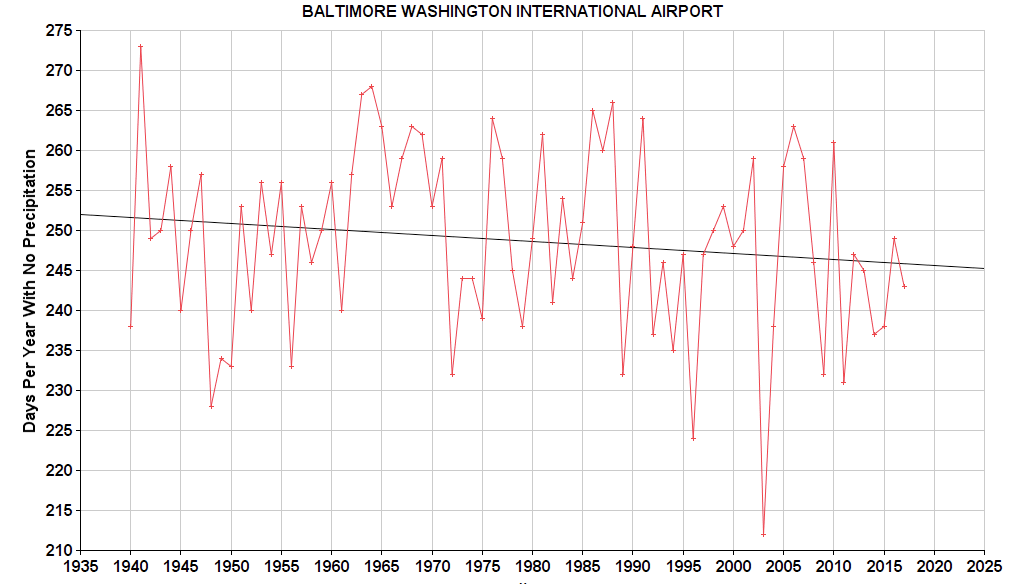 That leads to the next graph, the average rainfall on days when it actually rained. This shows an increase from about 0.35 inches to 0.37 inches. (The trend at DCA was actually negative, from 0.37 to 0.35 inches in fact. Exactly opposite. Hmm…): 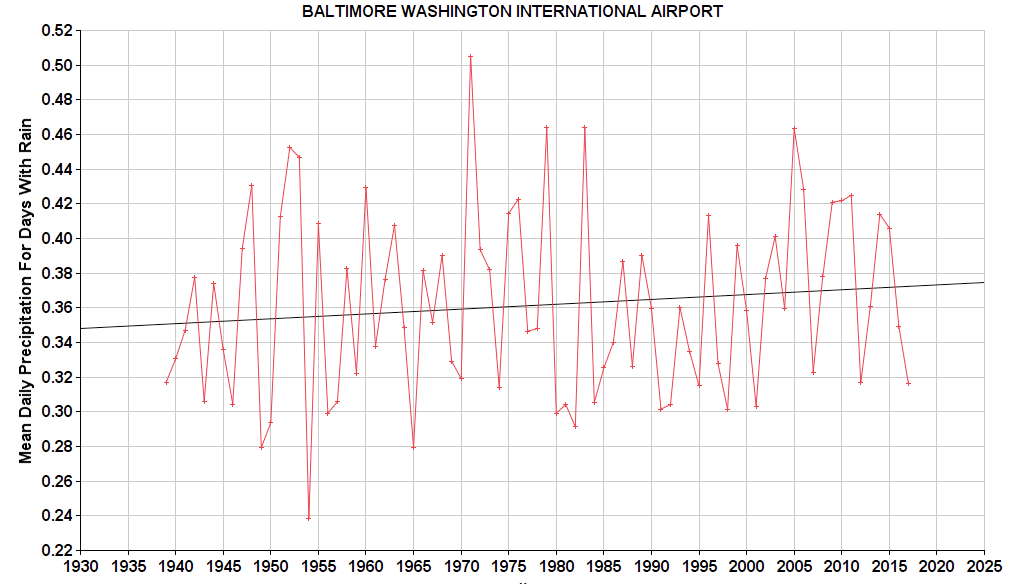 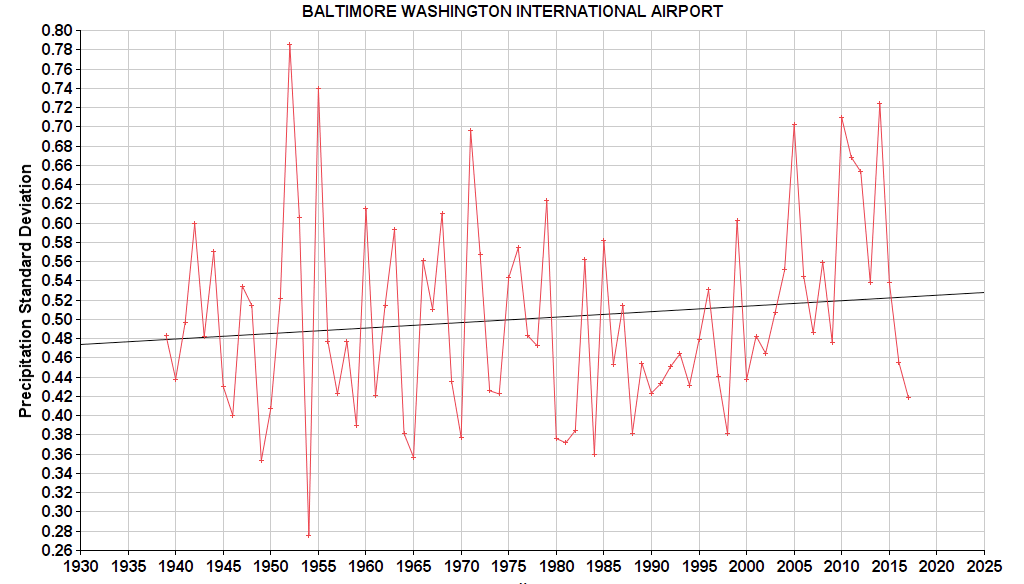 Next we can look at the number of days that rained and had rainfall over two standard deviations (using the standard deviation for that year), treating this as significant or extreme rainfall events. The trend of this is completely flat: 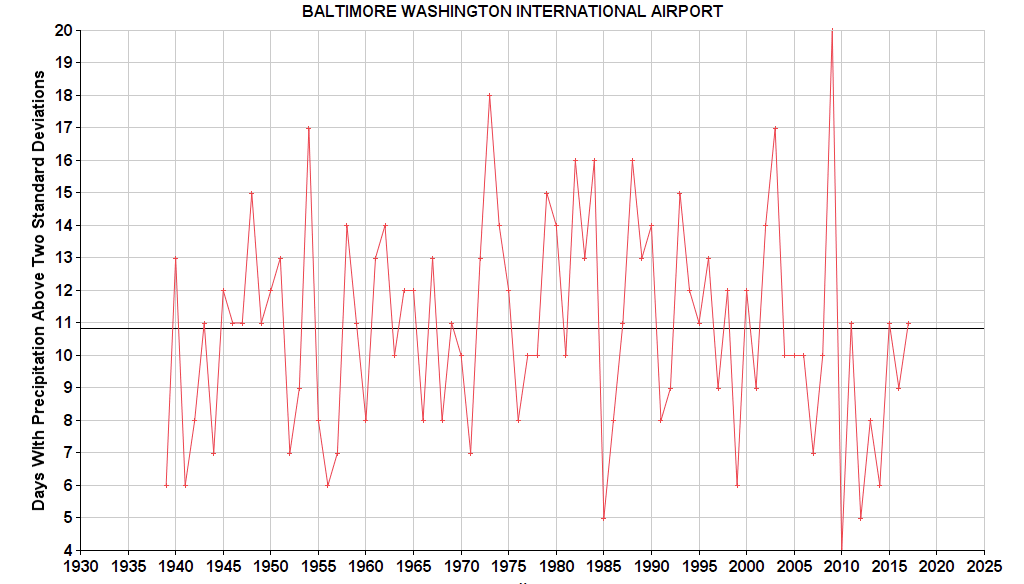 But, you might ask, isn’t the standard deviation slightly increasing each year? What if we use a fixed standard deviation value, like 0.50 which seems to be the mean value? Doing that, you do see an increase from about 9 to 11 days per year: 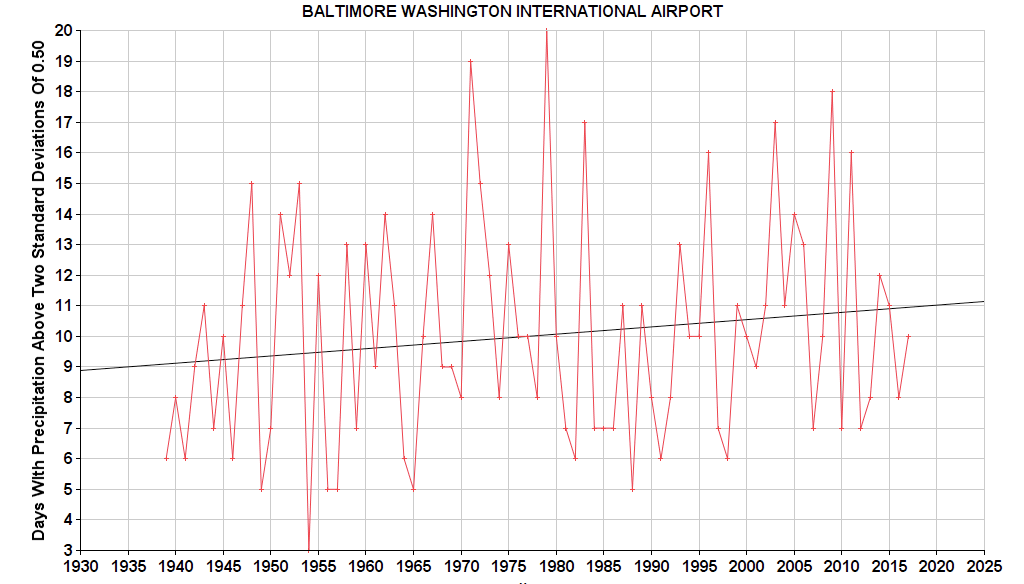